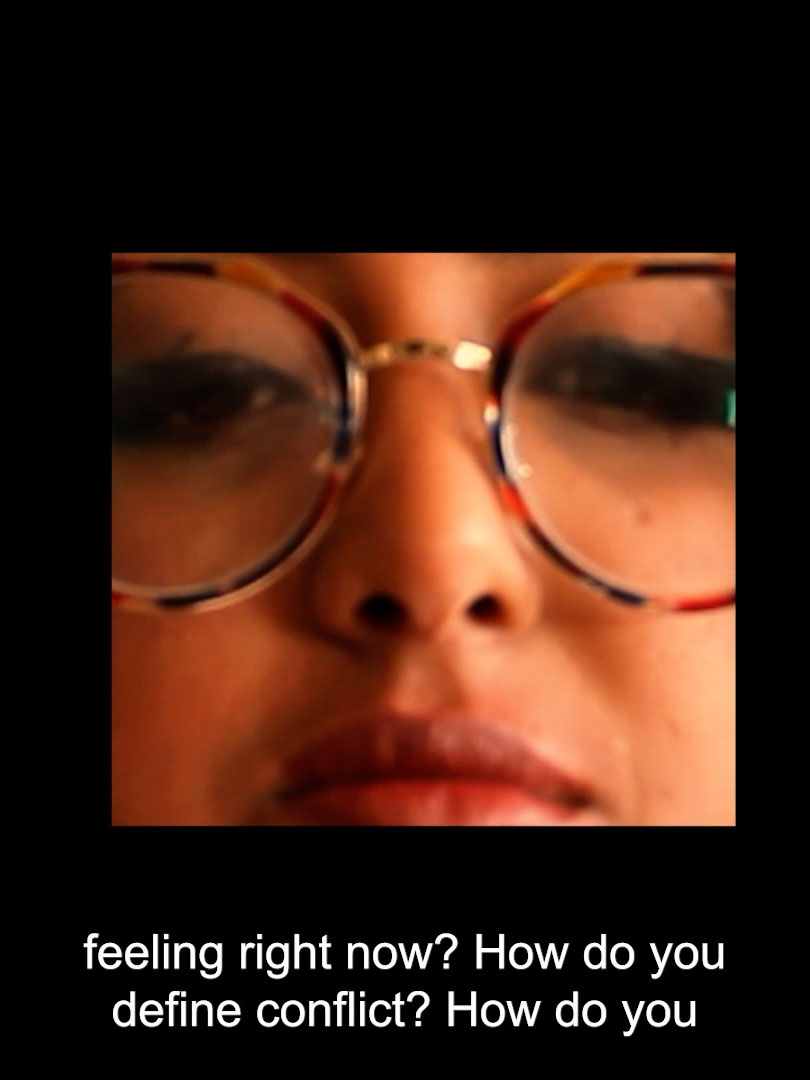 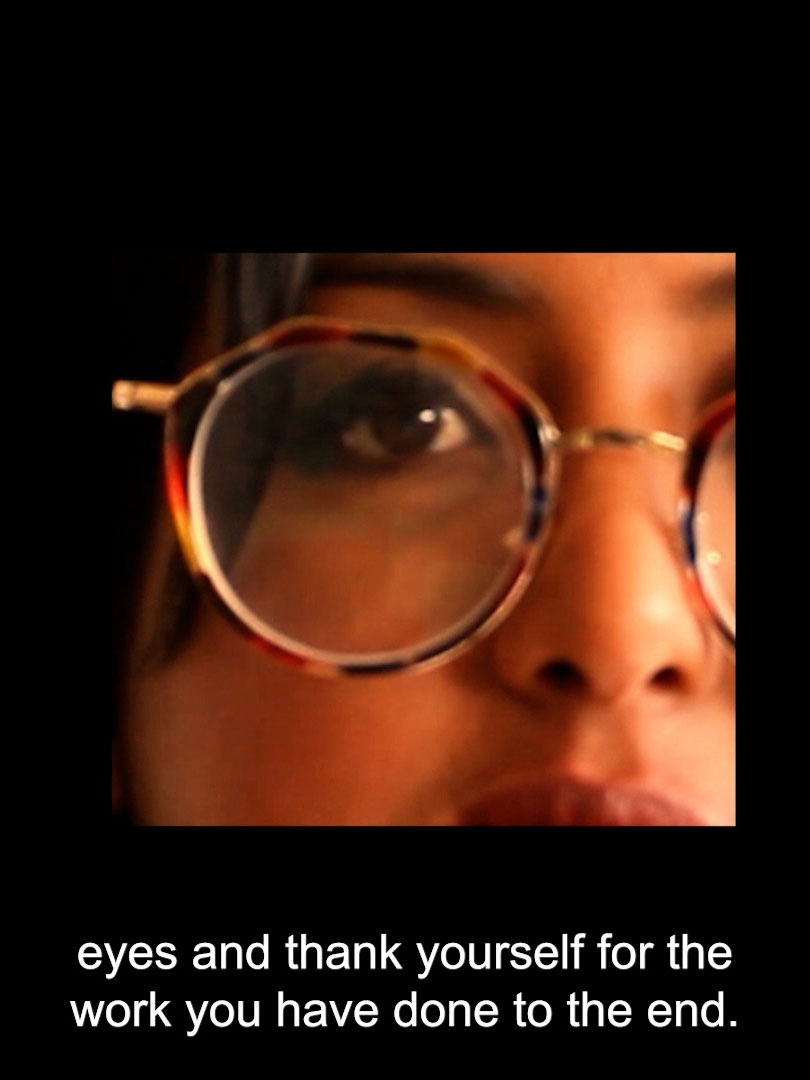 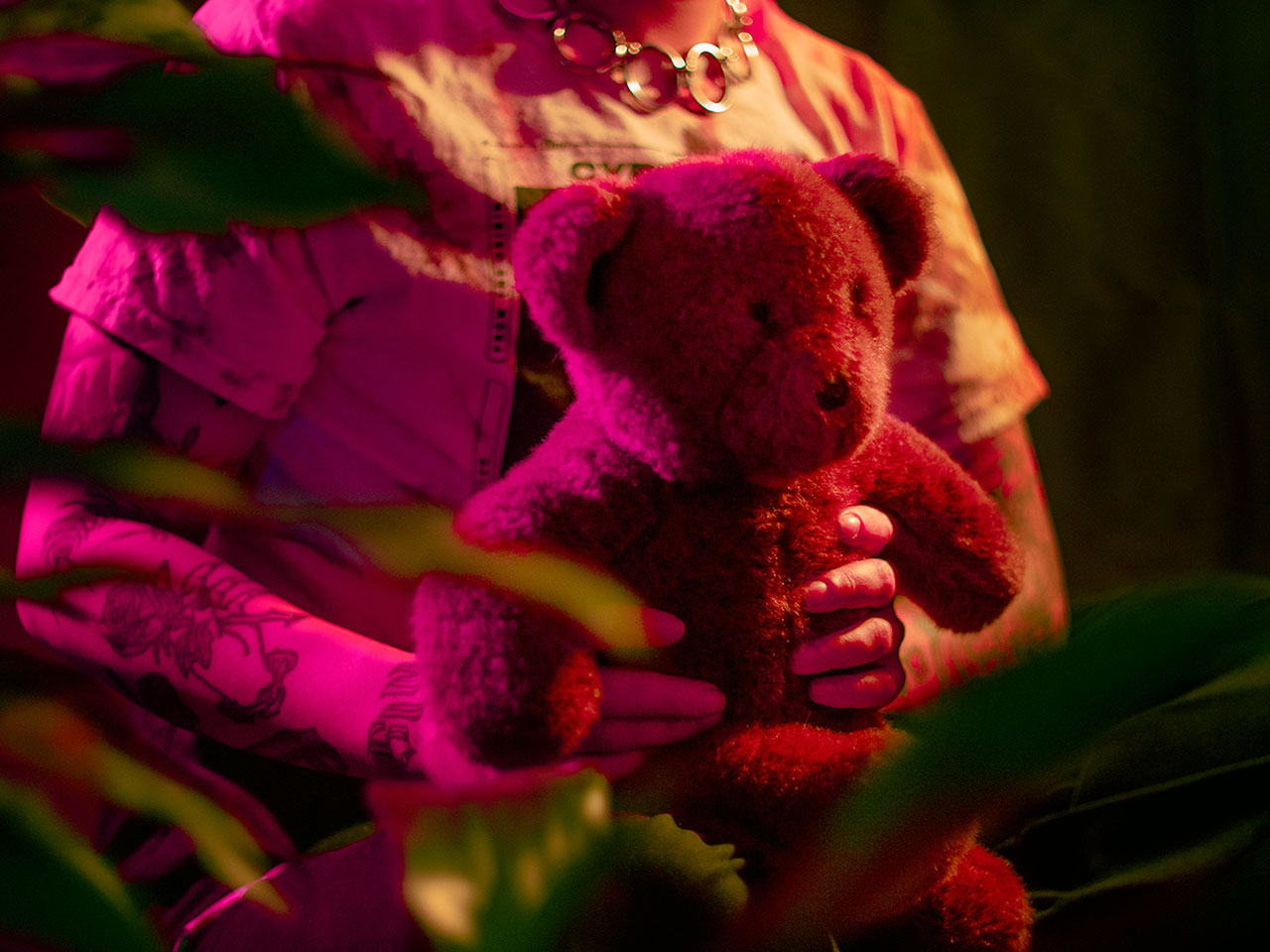 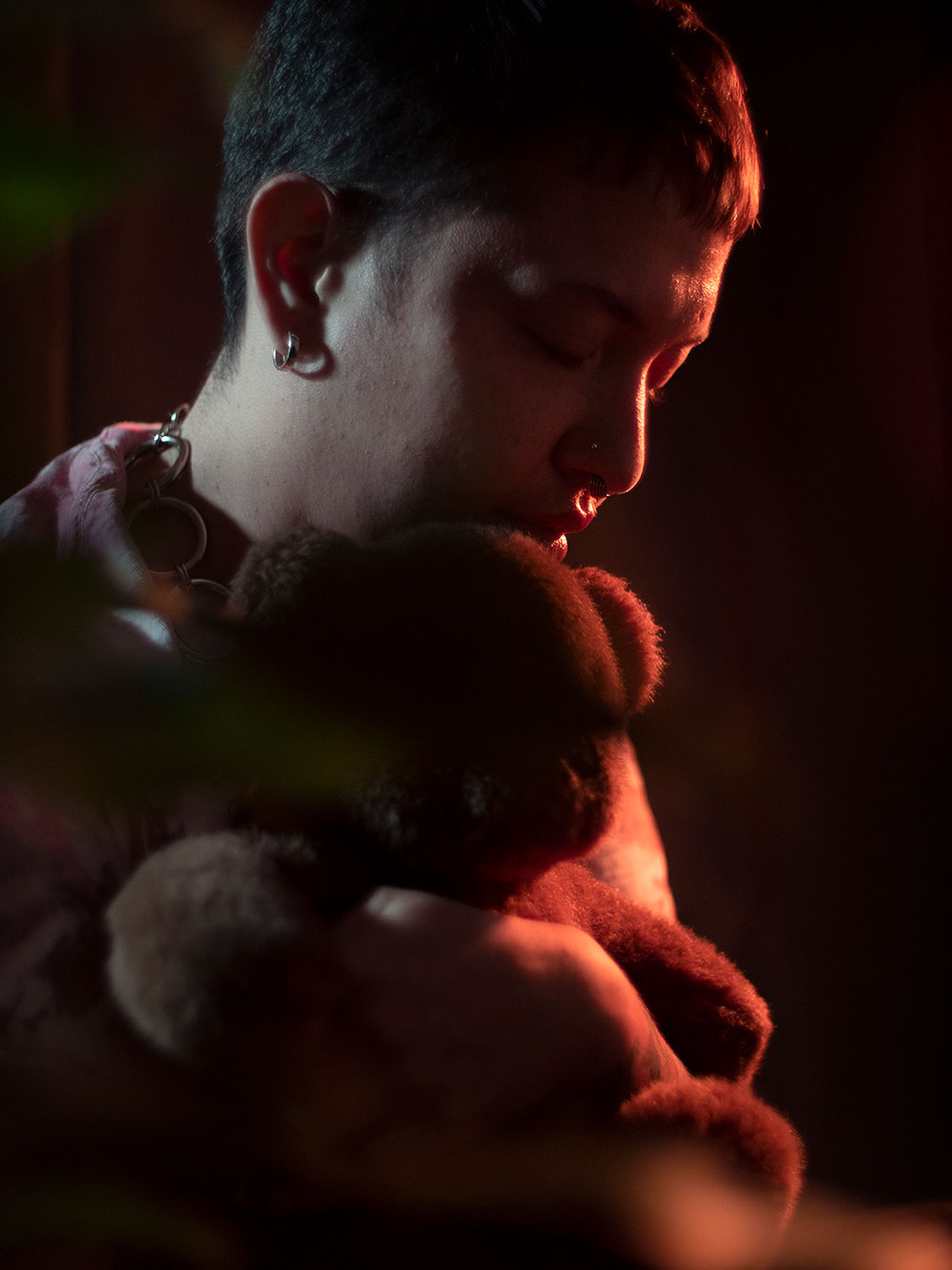 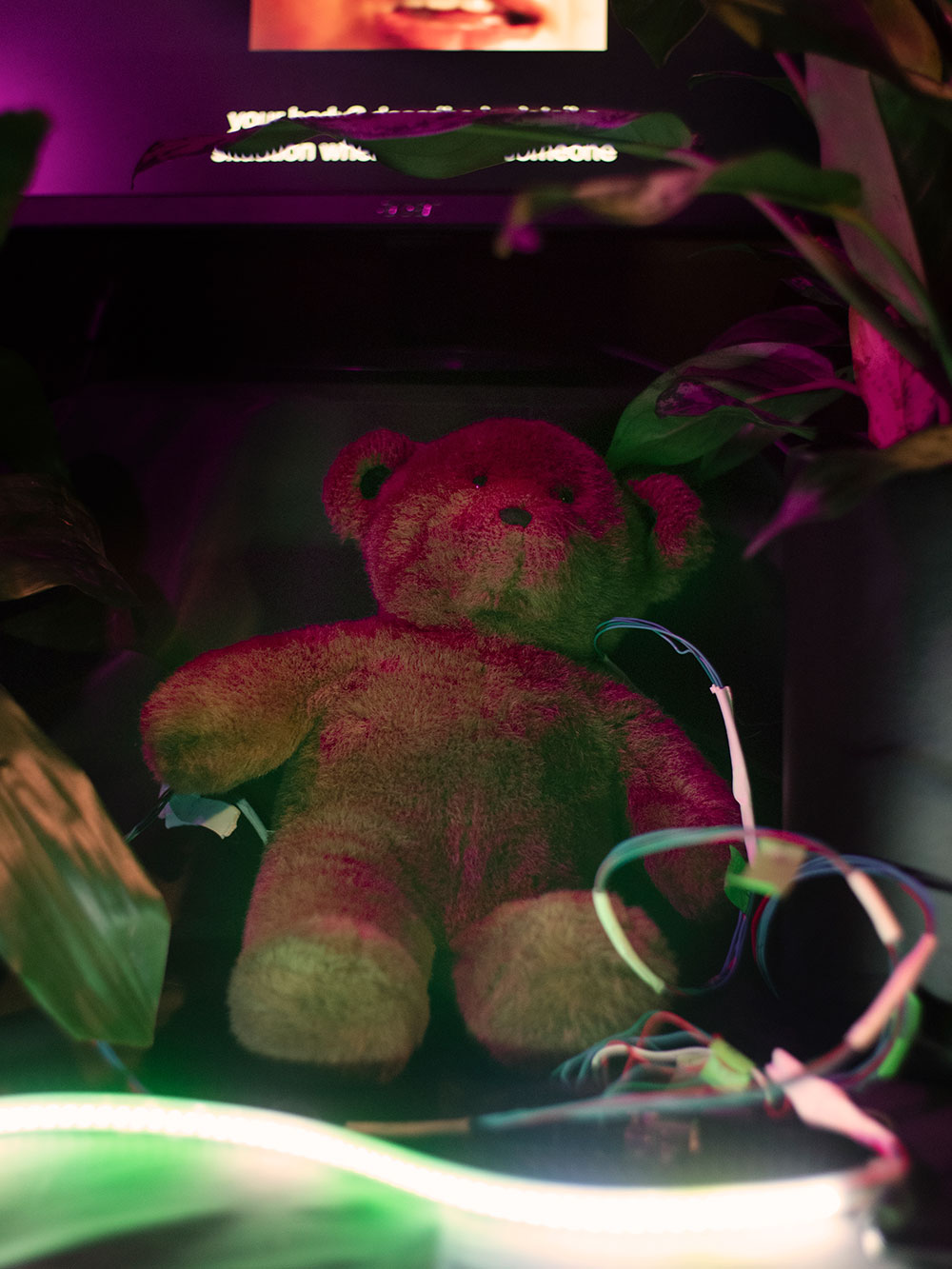 Exploring the duality of truth, where we say one thing but respond with another, this project is an exploration of how varying individuals respond to their own relationship with conflict, harm, accountability, and repair. Self-Investigations #0 is a continuation of a previous project that was a workbook and series of interviews titled "am i doing better?" This iteration has a microcontroller within a stuffed bear which is used as a "stress ball." The user is seated while watching a video asking 50 questions about conflict, hurt, and liberation. The user has the opportunity to squeeze the bear, which changes the colors of an LED strip placed in a nearby potted plant. The effect is meant to be subtle but noticeable, and the user is encouraged to focus on the questions, rather than the object and its reaction. Self-Investigations #0 is meant to highlight the difference in our intellectual versus somatic responses, and subsequently, our need for comfort in difficult situations.

The photos document the scope of the questions, the bear controller and LED lights, and a user watching the video and interacting with the bear.